The Ocean Shipping Reform Act (OSRA) 2022 was signed into law. The new legislation awards more power to the Federal Maritime Commission (FMC) and is supposed to help mitigate the ongoing disruption to U.S. supply chains. The Act also emphasizes the reliability of the marketplace as one of its purposes. Also, it prohibits common ocean carriers, marine terminal operators, or ocean transportation intermediaries from unreasonably refusing cargo space when available or resorting to other unfair or unjustly discriminatory and retaliatory methods. What does the New Ocean Shipping Reform Act mean for logistics leaders?

Refer to the article below from FIATA, the International Federation of Freight Forwarders Associations, for all the relevant information and main points. A guide for freight forwarders on its key impacts and next steps:

– The Act reins in the ocean carriers with increased oversight, with no phase-in period included within its provisions, meaning that any violations by carriers will result in immediate refund orders and even civil penalties. The Act mandates minimum service standards to be provided to the customers of ocean carriers and marine terminal operators.

Following are the main implementations :

In addition, there are provisions directing authorities to examine the situation to improve chassis availability, increase technological capabilities at ports and improve inland ports to reduce congestions in the future.

Much like the emergency powers, many topics under the Act have clear deadlines and budgetary outlays for limited time culminating latest by 2026. Therefore, it is imperative for the athe entire logistics industry to participate in the rulemaking consultations and provide timely input to ensure a more fair, resilient, and sustainable supply chain for the future.

Mid-August 2022: Further rulemaking on unfair or unjustly discriminatory methods (no later than 60 days from enactment under section 41104 a (3) of title 46)9

Call for public comment on the maritime crises.10 The consultation will explore whether congestion of the carriage of goods has had a substantial adverse effect on the competitiveness and reliability of the international ocean transportation supply system, and whether an emergency order, the scope of which is open for discussion, under this section can alleviate the situation.

End 2022 : Rulemaking on unreasonable refusal to deal or negotiate with respect to vessel space, under section 41104(a) 10 is expected with similar timelines and a final outcome is expected by the end of 2022.11 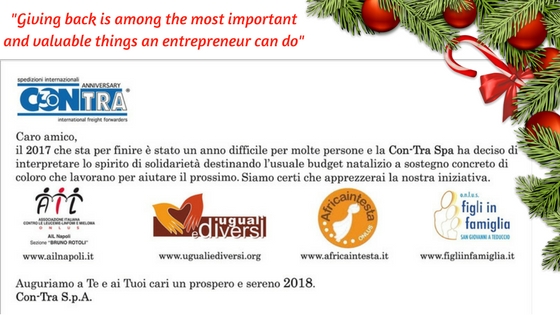